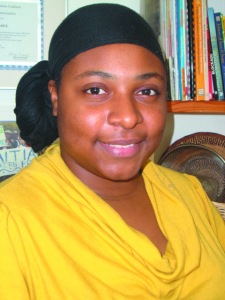 Haitian Women for Haitian Refugees is working with Morrison and Foerster law firm and a coalition of lawyers and women’s groups on the Humanitarian Parole for Haitian Women Project, to provide immigration relief and social services to Haitian victims of sexual violence.

Rape is one of the ways that women and girls in Haiti are experiencing the worst of the post-earthquake conditions. In camps where there is no security and no privacy, women and girls are being attacked. In a July 2010 report by MADRE, based on interviews with 50 rape victims, many had been attacked by two or more men, under threat of weapons such as guns or knives. Some reported being raped on separate occasions, as they continued to live in unsafe conditions. The number of rapes is unknown and most go unreported. Human rights groups were able to track at least 230 cases of rape within the first two months after the earthquake.

The Humanitarian Parole for Haitian Women Project will attempt to secure Humanitarian Parole for Haitian rape victims and their children to receive healthcare and psychological services in the U.S. for one year.
The Federal Bar Council Public Service Committee is close to completing the application process for 25 women and their children, about 100 people total. These women were identified by Haitian organizations as rape victims, and were interviewed when lawyers went to Haiti in May.
While women’s groups have been outspoken about this crisis, the Haitian government, UN occupying forces and the Haitian police have failed to respond. In many cases, the Haitian police refuse to document the crimes or look for the perpetrators. There is no real punishment, so rapists continue to act with impunity.

After experiencing sexual violence, in addition to the traumas they have already faced in losing their homes, family members, and livelihoods, survivors of rape are at risk for severe depression and suicide. They also face health problems such as possible exposure to sexually transmitted disease, un-safe pregnancy, and internal injuries.

The Humanitarian Parole project reached out to HWHR to learn more about the organization’s experiences working with parolees, dating back to our support for rape victims, and pregnant women who were HIV positive, coming from refugee detention in Guantanamo. “HWHR has already been invaluable in giving us the benefit of their first hand experience. They have such a deep history and strong ties to Haitian community in New York,” said Morrison and Foerster lawyer Jennifer Brown.

HWHR intern Nerline Malivert is currently assisting clients with the interview and application process, through our “Language is Power” program which trains young people to engage in social issues by providing Kreyol-English translation services. The challenging part of the Humanitarian Parole application process is finding a sponsor for each family that applies. Applicants must family that applies. Applicants must be sponsored by someone who is willing to provide housing, food,clothing, and support for the family. “The first clients to complete the process will be those who have friends or family in the US who have already agreed to serve as their sponsors,” said Brown.

“For those who don’t have sponsors, we are looking for people to step up,” said Brown. The coalition will hold forums in areas where there is a large Haitian community in order to find sponsors. “It is important [for the
incoming families] to feel tied into the Haitian community and supported by it,” Brown explained.